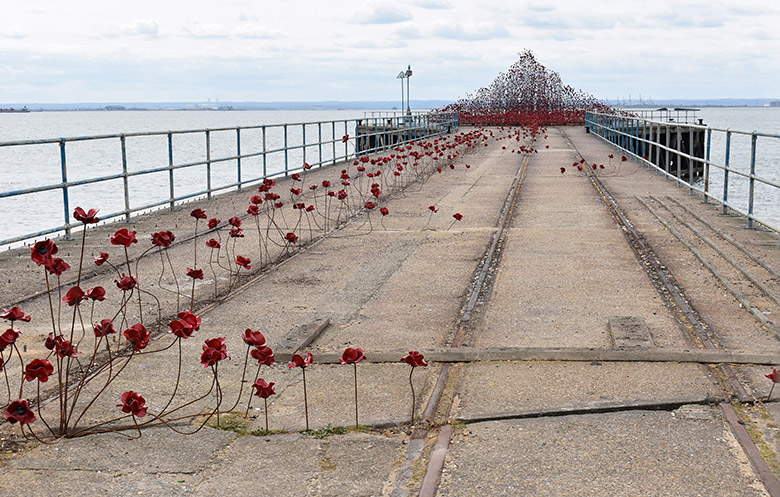 Poppies:WAVE installation is one of two installations on tour around the UK in 2017 as part of the 14-18 NOW WW1 centenary art commissions.

Following on from the installation: Blood Swept Lands and Seas of Red at the Tower of London in 2014, artist Paul Cummins and designer Tom Piper have now created Wave and Weeping Window. 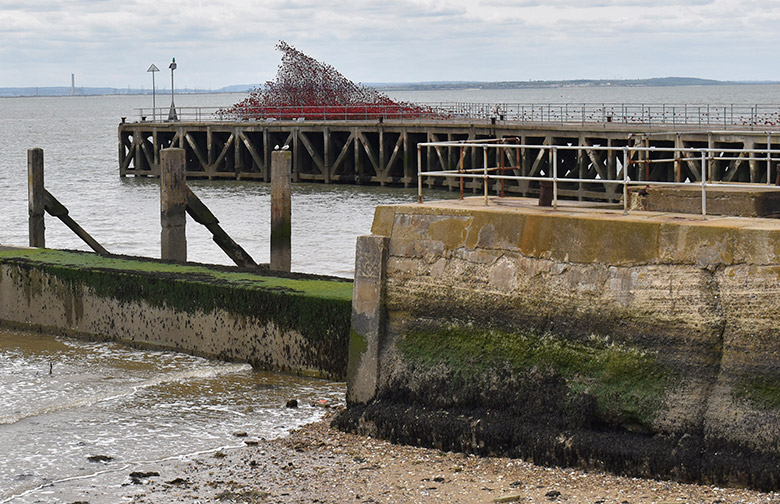 Shoeburyness is one of only two locations where the Poppies:WAVE installation can be viewed with a backdrop of the sea. The location was chosen as Southend-on-sea saw one of the first air-raid attacks on the UK during WW1 and Shoebury Garrison played an important role in the design and testing of artillery guns. 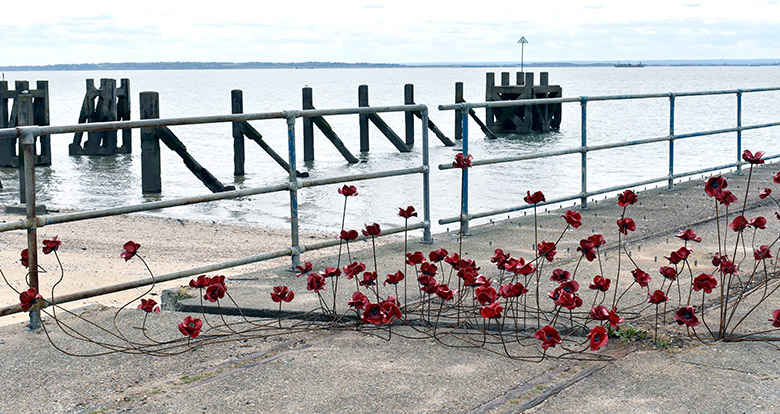 Wave and Weeping Window are made up of thousands of hand made ceramic red poppies. The tour in 2017 includes Derby, Belfast, Cardiff, Hull and Plymouth.

Poppies:WAVE is at Barge Pier, Gunners Park, Shoeburyness, Southend-on-sea and will be on display from 12th April to 25th June 2017. For more information go to www.1418NOW.org.uk/poppies